The Miami Heat have an interesting offseason ahead of them, as they came just one win away from making the NBA Finals in the 2021-22 season.

Miami was one of the deepest teams in the NBA during the regular season, but injuries to Kyle Lowry and Tyler Herro really hurt the team in the playoffs. Herro was unable to contribute for the majority of the Eastern Conference Finals due to a groin injury.

The Heat have some important free agents this offseason, and they may also have to make a tough decision on sharpshooter Duncan Robinson, who fell out of the rotation in the playoffs.

Robinson signed a five-year, $ 90 million deal with the Heat last offseason, but the team may try to move him in a trade after Max Strus supplanted him as the team’s primary sharpshooter in the postseason.

However, before getting into players the Heat may want to move, there are a few players they should strive to keep on the roster. Here are three impending free agents that Miami would be wise to bring back for the 2022-23 season:

Martin was a pleasant surprise for the Heat in the 2021-22 season, as he ended up playing in 60 games, making 12 starts and averaging 22.9 minutes per game.

When Markieff Morris went down with a neck injury early in the season, Martin stepped up in a big way. He finished the 2021-22 season averaging 9.2 points, 3.8 rebounds and 1.1 assists per game while shooting 50.7 percent from the field and 41.3 percent from beyond the arc.

The Heat have extended Martin a qualifying offer, making him a restricted free agent this offseason.

The Heat have extended the required $ 2.1 million qualifying offer to Caleb Martin to retain the right to match outside offers up to the full mid-level exception.

In the age of finding a 3-and-D prototype, Martin has shown he can fit that mold for Miami. He shot 41.3 percent from deep on 2.6 3-point attempts per game last season. In addition to that, he posted a 0.9 defensive box plus / minus, which was the best mark of his career.

Rather than keeping a veteran like Morris, Miami should invest more into a young player like Martin for wing depth in the 2022-23 campaign.

Oladipo spent most of the 2021-22 season recovering from an injury, but when he returned to the Miami lineup, he showed he can be trusted as a scorer.

The former first-round pick had multiple 20-point games in the playoffs, and he ended up averaging 10.6 points in just 24.5 minutes per game last postseason.

A former All-Star, Oladipo still has another gear that he can reach as a player. The Heat were fortunate enough to bring him back on a discounted deal in the 2021-22 season, but they may need to pay a little more this offseason.

Even at an increased price, he is worth it. Oladipo could be an option to lead the team’s offensive attack when Butler and Herro aren’t on the floor. That is extremely valuable for a Heat team that struggled to score points in the Eastern Conference Finals with one of their top scorers out of the lineup. 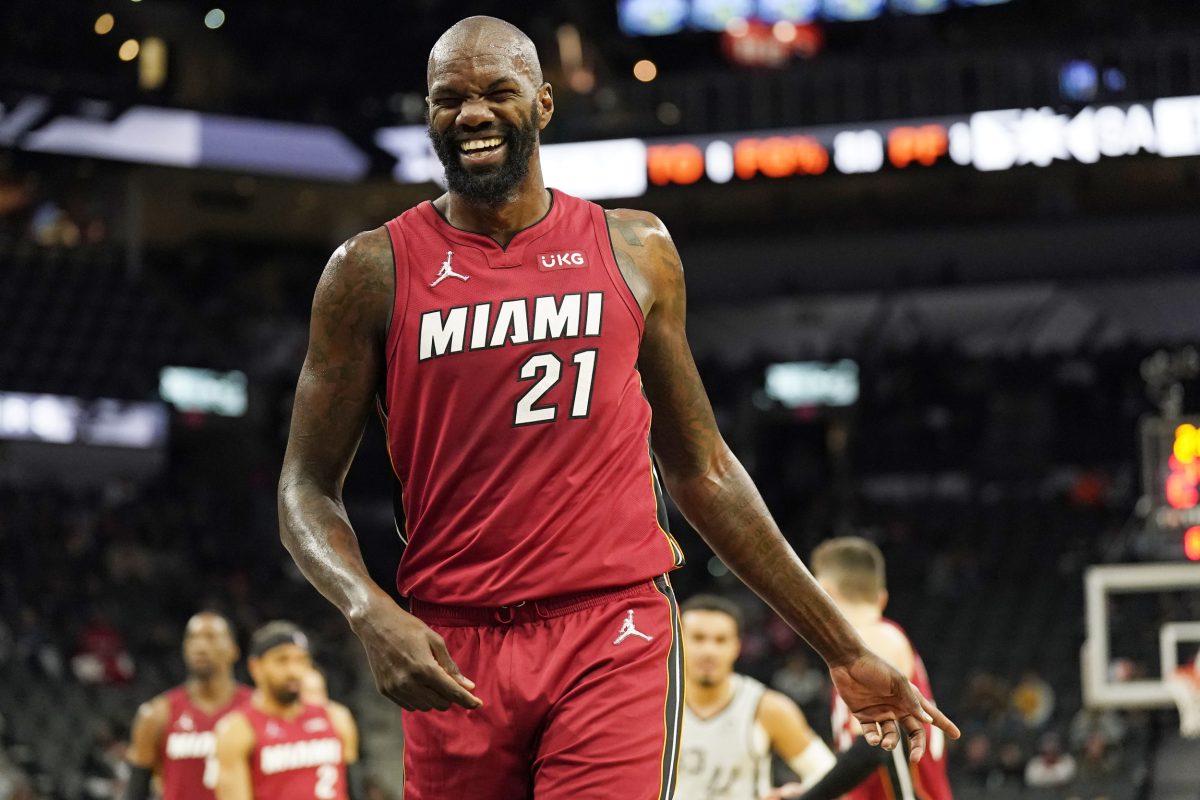 Dedmon wouldn’t be the biggest impact signing for Miami, but the team should keep him on the roster for the 2022-23 season.

It’s important to have reliable backups in case of injury, and the Heat found that out the hard way with Lowry, Adebayo and Butler all missing time in the 2021-22 season.

Dedmon is a proven veteran that can give the Heat solid production behind Adebayo. The Heat will also likely be able to sign him to a cheap contract. Dedmon played for Miami on a veteran’s minimum deal last season, and it wouldn’t be surprising if he accepted a similar offer for next season.